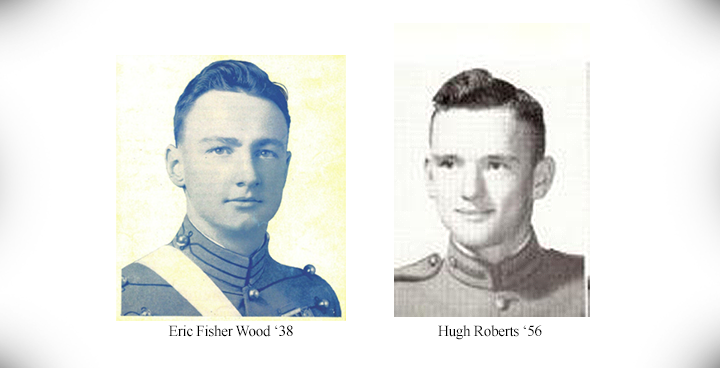 There is no shortage of notable alumni from VFMAC. The Spotlight for this edition of The Forge is actually a double Spotlight highlighting1956 VFMA graduate Hugh Roberts and 1938 VFMA graduate Eric Fisher Wood, Jr.

Mr. Roberts is the author of a feature article appearing in the upcoming issue of On Point: The Journal of Army History and the National Museum of the Army.

After graduating from VFMA, Roberts enlisted in the US Army, serving eight years as a non-commissioned officer and rising to the rank of sergeant. He serves as the regimental commander of the northeast Ohio branch of the VFMA alumni.

The story starts deep in the Ardennes forest of Belgium in 1944 during WWII and tells the story of Eric Fisher Wood, Jr., and of his courage and honor during some of the fiercest fighting of the war. A remarkable Cadet at VFMA, Wood exemplified academic excellence as class valedictorian and physical development for his varsity sports. The other Cornerstones – personal motivation, character development, leadership – stayed with him till his life ended in 1945.

The article, Eric Fisher Wood, can be read in its entirety starting on page 9, right here: armyhistory.org/on-point