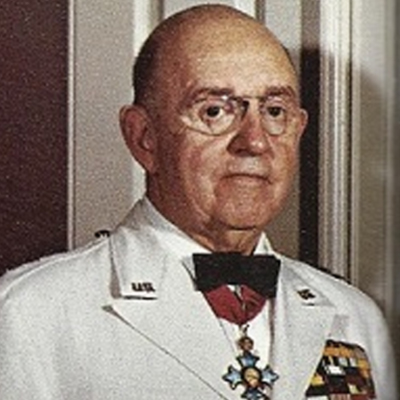 LTG Milton Grafly Baker, Pennsylvania Reserve National Guard, (Ret.), founded Valley Forge Military Academy & College in 1928 and was active as the Superintendent and Superintendent Emeritus President until his death in 1976. During this time, LTG Baker produced quality young officers for the Armed Services of the United States from VFMAC and graduated some of the most successful people from business, literature, the arts, politics and the military in the world.

LTG Baker served as an aide to General of the Armies John J. “Black Jack” Pershing during World War I and then as a member of the Selective Service Board during World War II under the appointment of President Franklin D. Roosevelt, the regional coordinator of Civil Defense activities and later on the Defense Department’s Reserve Policy Board under Secretary of Defense Charles Wilson

LTG Baker established friendships and patronage for Valley Forge from Generals George C. Marshall, Dwight D. Eisenhower, Matthew B. Ridgway, and many more. To this day LTG Baker is considered a legend at the Academy and College and will remain so as long as there are alumni and cadets to remember his accomplishments. Following the Devon fire in 1929 he founded the Order of Anthony Wayne.