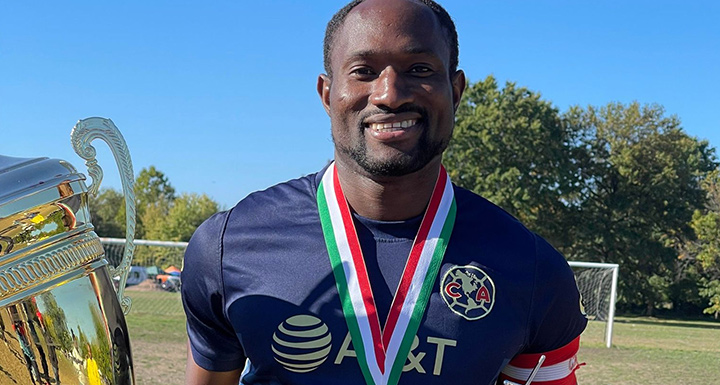 Kabine Conde was a Cadet who made himself known as an academic and an athlete. Enrolling at VFMA in his junior year, Cadet Conde played varsity soccer – the beginning of a career that would place him among the world’s best-known players.

“It was a privilege to coach Kabine,” said Kevin Bradley, the team’s coach at the time. “He had remarkable stats and helped the team acquire a 9-4 record and reach the state tournament that year.” Cadet Conde played in 13 games that season, scoring 33 goals and 13 assists.

His play got the attention of the CF Hybrid team, part of the Spanish League – then ranked 7th. After joining CF Hybrid, Mr. Conde was named Captain, the team moved up in rankings, is now number 3 in the League, and has just won the Title for the League. In addition, he has been nominated as the best player in the League.

Just one more example about how VFMAC launches leaders in all professions across the world. Congratulations Kabine Conde.