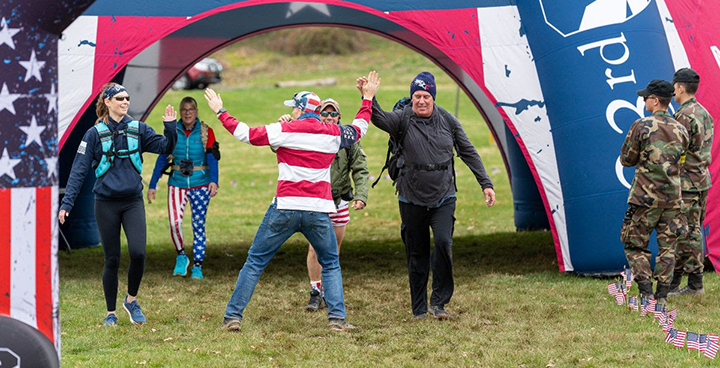 The annual event raises funds for local veterans living with trauma so that they may live healthier and happier lives. The nearly naked name comes from how those serving in the military say they feel when not wearing combat gear – nearly naked.

A Ruck March, nearly naked or otherwise, is a military exercise where participants carry weighted backpacks or ruck sacks over a distance of two – 10 miles. The weighted packs represent the weight soldiers carry into battle.

VFMAC played host to the Philadelphia region event with the VFMA Honors Society offering on-site support to the organizers. Several hundred individuals came to campus and completed a course up to 10-miles in distance, earning contributions for each mile completed. Prior to the event, VFMA cadets posted flyers inviting the community to participate.

Funds raised go to support those members of the military who return from deployment needing help and support to overcome trauma experienced in theaters of battle. It is estimated the cost per person is nearly $8,000 to complete a 14-week life-changing program to help them adapt. With the success of the spring event, VFMAC is expected to host the next Nearly Naked Ruck March.