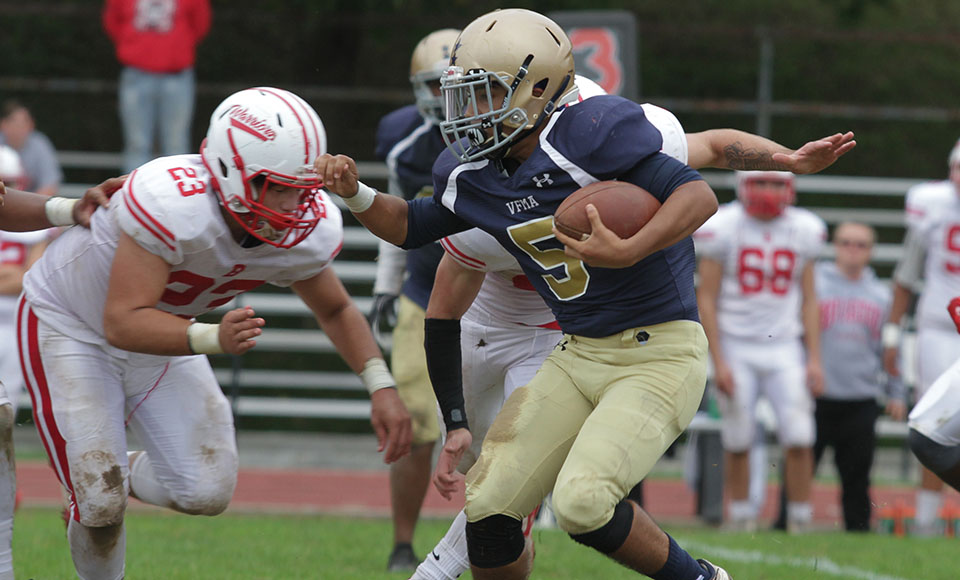 Valley Forge Military Academy (VFMA) has announced it will join a growing number of schools across the country in a move to eight-player football, starting in the 2019 season.

The VFMA Trojans will join preparatory schools Mercersburg Academy, Perkiomen School and Delaware County Christian School to form the Keystone State Eight-Player Football League (KSFL). Beginning in August 2019, the four schools will compete in an eight-week season with round-robin play and playoffs. VFMA will remain a member of the PIAA Bicentennial League in all other sports in which it currently competes.

“The number of schools playing 11-player, standard football is decreasing nationally, and eight-player teams are on the rise,” said Rich Casey, Director of Athletics for Valley Forge Military Academy & College. “Eight-player football is full-contact, tackle football. But by removing three players from the 11-man lineup, the game is opened up for higher-scoring contests that put a premium on athleticism and skill rather than size and brute force.”

With eight players in a lineup, teams compete on a 100-yard field that is 40 yards wide (compared with the 53 1/3-yard width of an 11-man field). The reduced number of players on the field at one time allows many players to play just offense or defense instead of both. Injuries are less frequent, given the lesser amount of time spent on the field.

“We’re excited to join this brand-new league and continue to offer opportunities for athletic excellence to our cadets,” Casey said. “I think our players will thrive and hone their skills with this change. Alumni of eight-player football at the high school level include NFL players Leighton Vander Esch of the Dallas Cowboys and Chad Greenway of the Minnesota Vikings, as well as Heisman Trophy winner Rashaan Salaam of the University of Colorado.”