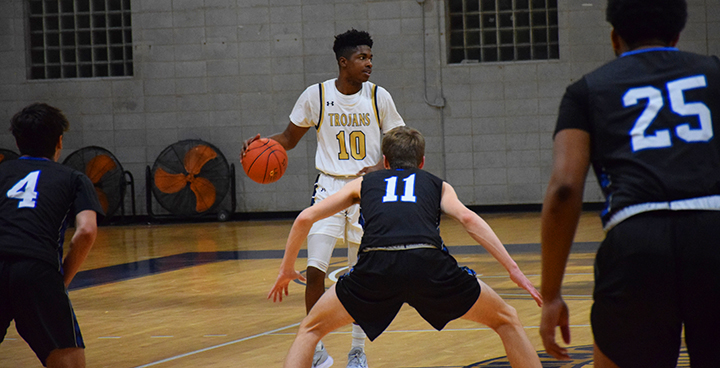 VFMA senior Will Anozie is a model for the Cornerstone of Physical Development. From Houston, Texas, Cadet Anozie is a basketball star. He is the team’s leading scorer and during the season reached the 1,000-point mark of his basketball career.

The milestone makes Cadet Anozie the highest scorer in Pennsylvania and among the top five scorers nationally. Demonstrating Character Development alongside Physical Development, Cadet Anozie credited his team and coaches for the achievement.

As his time at VFMA comes to a close with graduation in June, Cadet Anozie has been accepted to several colleges, and as of The Forge publish date, is still evaluating those options.