There is Nothing Virtual About the e-Sports Team Success 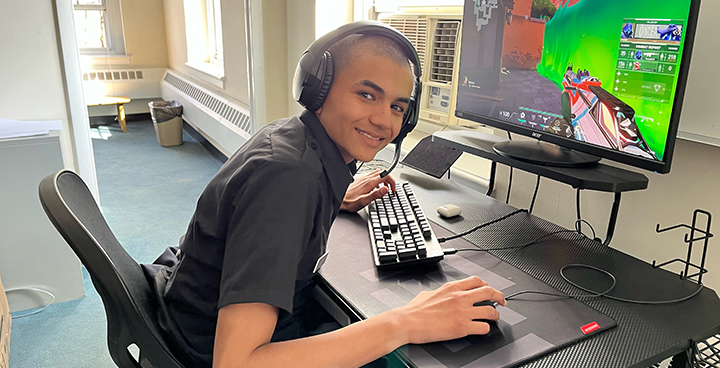 The VFMA eSports team had another smashing season this Spring! Following on their tradition of advancing in competition, three players on the team qualified for national playoffs in Super Smash Bros. Ultimate in the spring semester where, as a group, they competed against the top 64 other High School teams from around the country!

With a record of 47/187 out of all high school teams, the players qualified for the Top 64 Eliminations Playoffs!

In the match against Advanced Technology Center HS (Virginia Beach, VA) in the first round, VFMAC was victorious and advanced to Round 2. In Round 2, VFMA was eliminated from the playoffs in a hard-fought match versus Socatee High School (Myrtle Beach, SC). However, they finished in the national playoffs among the top 32 High School teams for their game!

Playoffs and regular season matches were live-streamed and can be re-watched at: https://www.twitch.tv/vfmac_esports/videos